Our Kuia Whaea Amy was our special guest at Assembly on Friday, she is leaving Tokoroa to live with her family in Australia. Whaea has played an important role at Tokoroa Intermediate over the years - as a te reo teacher, kapa haka tutor and supporter (we can't forget her Maori bread at the Marae), as a kuia for Noho Marae and last but not least for instructing countless children in the art of making harakeke putiputi. The Forest View Kapa Haka group joined us to farewell her and the school performed the Haka Ko Tokoroa for her. The highlight of the assembly was the beautiful waiata Kowhai and her friends sang for her.
Nga mihi nui.. we will miss you Whaea Amy!
Posted by Room 10 Tokoroa Intermediate School No comments:

Interclass netball has begun, Lakyn has selected a strong team and they have already beaten Rooms 9 and 12. 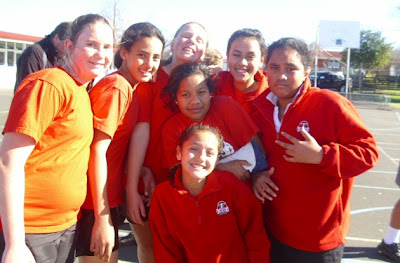 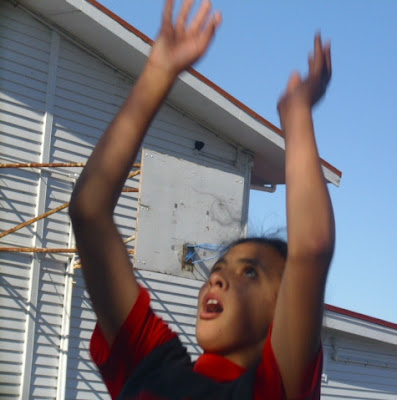 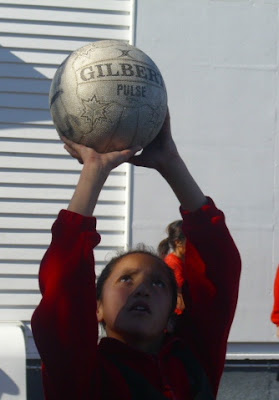 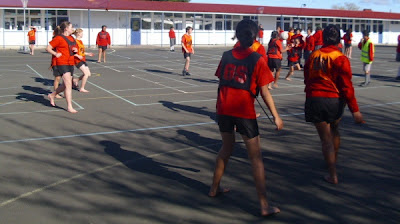 The Game
Smack!!!!!.... We all started laughing. The little boy tried to punch Sheydan in the head but it didn’t appear to hurt, it was just like a flea breathing on him. We just swam away laughing at them.
The trip to the AC Baths had been fun, but now that we were here, this was awesome. We had just found a space in the pool to play league, when all of a sudden Nan called us:             “THE FOOD IS READY!” We were welcomed by a mountain of food; pizza, chips, cans of drink, all the junk food you can imagine. YUM!!!
After half an hour of eating like a fat boy in a candy shop, we took a break and started playing league. Out of nowhere the boy that tried to punch Sheydan in the head earlier showed up… with his sixteen year old brother towering over all of us.
I didn’t care because there were more of us and less of them, so I said,  “Wanna play some league?”  I told all my mates my plan, they agreed to it. It was to gang up on them and smash them. The plan worked. After a few head highs and accidental fouls we won.
We went for another feed and invited them to join us. There was still enough food to fill a truck when we left. We all piled into the car and started singing, ”I WANNA KNOW IF YOU’LL BE MY GIRL !!!!”
Michael Swanson.