Day 1: We were welcomed onto Papa O Te Aroha Marae with a powhiri. Aunty Bella was the Kuia who did the karanga  to call us on. Matua Herewini  replied, once in the wharenui the speeches began. E Pa started with his whaikorero and Herewini replied for us. Dionne, Holly, Leeanna and Sasha from last years Room 10 class sang the waiata for him. When the speeches were over we had to hongi and greet the tangata whenua.
After the powhiri was done and dusted it was time to have dinner.
﻿﻿

﻿﻿﻿After dinner Aunty Bella came and talked to us about all the whakairo ( carvings) in the wharenui. They all tell a story.We found it really interesting: 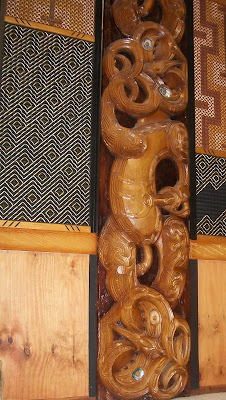 We woke up early, some of us had to do breakfast duty...

﻿ ﻿﻿
﻿ ﻿﻿﻿﻿
﻿ We were then off to Te Awamutu museum to learn about traditional maori innovation. Alan is the Education Officer there, we met him earlier this year when he came and taught us about Gallipoli. To find out t about Maori Innovation, we were given a board with little captions and we had to match parts of the exhibits with their meaning.If we finished before the others then we got a very difficult puzzle to solve. There were alot of interesting things to see. There were  olden day eel and bird catchers, weapons that Maori used to defend themselves and the most interesting thing we saw and  learnt was about  the caving Uenuku:
﻿﻿﻿
﻿﻿﻿


Uenuku and the Battle of Hingakaka

Two hundred years ago 10 000 warriors from the lower North Island invaded the Waipa District on a mission of revenge. Led by Pikauterangi, a Ngati Toa chief, this invading army's purpose was to restore honour by wiping Maniapoto and their supporting Waikato tribes off the face of the earth. The Waikato defenders, totalling 1600, chose their battle ground on a ridge line just south of Lake Ngaroto. The ensuing battle was legendary, with the sacred carving Uenuku being lost in the carnage.  Now Uenuku is one of Te Awamutu Museum's most treasured taonga.

Then it was time to learn Te rakau and Tititoria.Whaea Awhina our school Kapa Haka tutor came to teach us ...
﻿﻿﻿﻿
﻿﻿﻿﻿ Then we were off to the movies to watch Step Up 3. It was awesome. On our way back we were all free running but I'm pretty sure the only people who saw us were the people in Spirited and they probably wouldn't have remembered us in the morning anyway.

After that we were given a certificate for participating in the performance. It was fun.Then we were allowed a yummy piece of cake made especially by Jacinda's mum
﻿ ﻿ 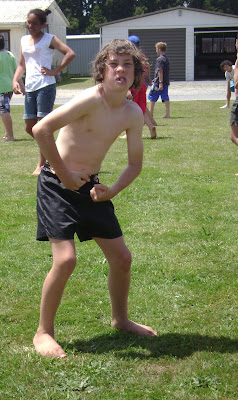 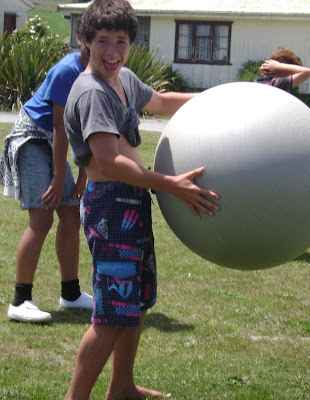 Sasha - he was in Room 10 last year!
At 2pm it was all over and our parents started to arrive to collect us ... 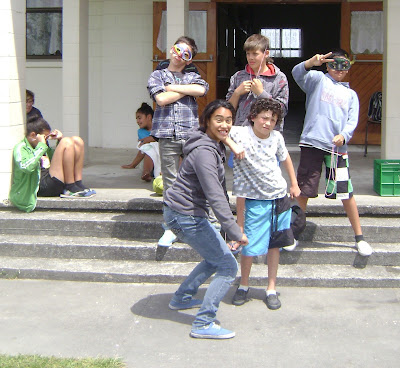 . Sadly it was then time to go home. There were about 8 kids that waited until about 3.00pm for their parents to come. They were called ...﻿
Posted by Room 10 Tokoroa Intermediate School No comments:

On Tuesday 16 November the school Polynesian and Kapa Haka groups performed for parents and family members... 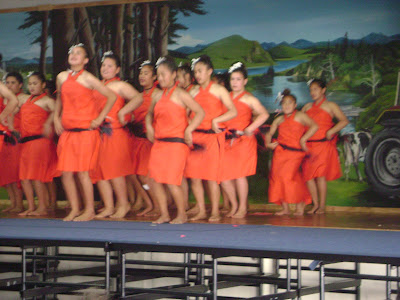 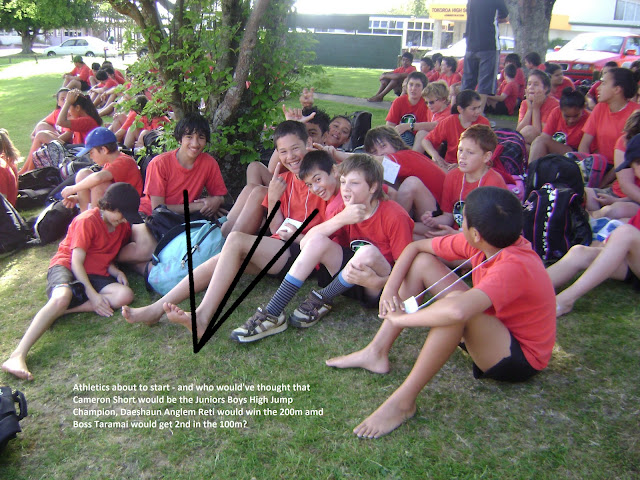 Room 10 pupils had a successful day and the following are our results:
Danielle Lamont: 1st in the 1500m
2nd in the high jump