The Social and Moonball to end the term...

The Social Night!
Our first social of the year. It was held in the school hall on Tuesday 26th June, from 7:00-9:30.
We had a DJ that played really cool songs. The canteen was selling lol drinks for $2.00 and other things that the sell normally at the canteen.
There were prizes given out at the end of the social. The prizes were for  best dressed boy and girl in each class and best boy and girl dancer in Year 7 and 8.
Abby and Tikal  got Room 10 best dressed and Jayden was best boy dancer for Year 7. Everyone had lots of fun and I know that I did because I was going crazy on the dance floor. Everybody enjoyed themselves at the social. We can’t wait till the next one but it’s going to be even more amazing and a blast!
By Emmy Daniel.

Nicholas Totton returned today to take us for some more Rock 'n Roll lessons, some good progress has been made ....

Gallipoli Diaries.
This term Room 10 has been learning about Anzacs and Gallipoli. In class we had to create a soldier or nurse from Gallipoli. We did this by using an olden day name from the 1890’s but keeping our last name. We had to create a series of diary entries for this character. We also had to do some research about; a famous New Zealander from Gallipoli, find out about trenches, Anzac biscuits, rations and we had to choose between a periscope rifle or a drip gun. We had to include all this information in our Gallipoli diaries.
These are some of our Gallipoli soldiers and nurses and some extracts from their diaries: 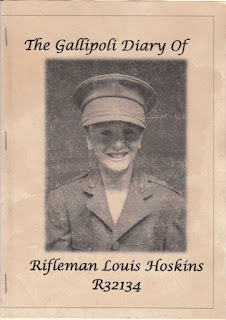 28 April 1915
My name is Louis Hoskins I sit here with my brothers William and John.My comrades  and Iare about to go ashore at Gallipoli.
I wonder what is in store for me as I watch a shell detonate on the beach and shrapnel was flying everywhere and hitting soldiers. I jump into the blood stained water …. 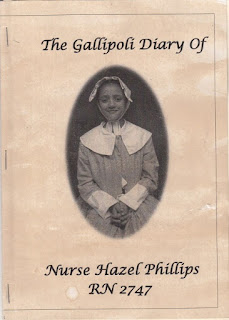 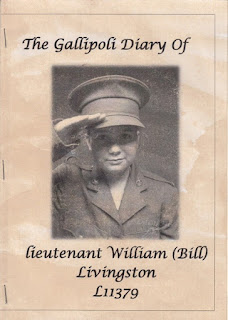 26th May 1915
4:30 am Silent, nothing. We quietly rowed in our landing boats filled with 40 men each. Just as we get to the beaches of Gallipoli, whisssh! whisssh ! shells whistle and gun fire began. The sky lit up real bright and I could see cliffs and hills. I had a bad feeling about this and I had never been more scared in my life. I wish I was back rounding up the cattle on the farm with mum. Soon we will land.  I have have only had 3 and a half hours sleep. 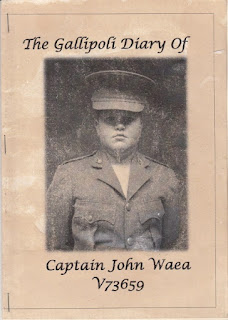 We can feel the rumble from heavy artillery from the top of Baby 700. Our team is probably losing, there are huge rats the size of cats, they are everywhere they are eating all the dead bodies. ...


I think our high command is making us lose and they should come and see what a blood bath it is and they should send us home or else no one will be alive to go back to their families.
I should be proud to be one of the first soldiers to touch the Turkish soil but I'm not this is a gateway to hell. 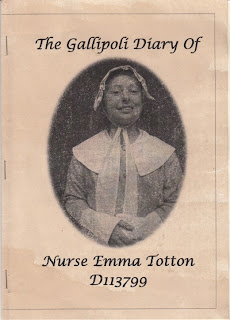 April 24th 1915
Tomorrow we will reach Gallipoli. We will finally get to put all our months of hard work to practice. I am excited but also scared. All my emotions seem to be muddled. I am so tired after a long day of work. I am going to bed. It is starting to get cold out here on the deck.
April 25th 1915
Its 10pm. I’m sitting on the deck of the hospital ship that was called “The Golden Sunflower” renamed to “Hospital ship #106”. Nurses have been busy since they arrived, helping sick and wounded soldiers from Gallipoli. Hundreds of soldiers are in hospital wards with horrible wounds. The Turks have stopped firing at the Anzacs and the Anzacs have stopped firing at the Turks. All is quiet and still not a sound from Gallipoli. The only noise was the gentle moaning from the soldiers below deck. 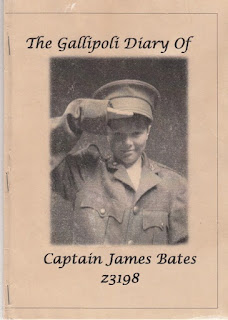 April 25 1915
I climbed down onto the landing boat, I was so nervous but so excited at the same time. After about ten minutes we land on the shore, it was all going fine until a spark flew out of one of the steam boats. Immediately we were under the shrapnel machine and sniper fire from the Turks. That excitement died, and over half of the soldiers didn’t even get off their landing boat. It was a big and bloody mess, after 5 minutes Commander Jack Henry told us to charge up the rugged landscape and capture the first line of trenches.
Finally we had some cover from all the bullets and shrapnel whistling around. It was a terrible night, and the trenches were so cramped and I barely got any sleep that night. I didn’t even get to have dinner because the food supplies had not yet arrived on Gallipoli, oh well I will have a big breakfast. 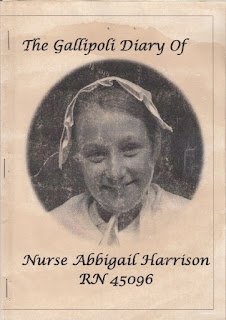 26 April 1915 3:26p.m
Hello, new friend.
My name is Lieutenant Edward Elizabeth Maihi and I am sailing to Gallipoli. I am sailing on the magnificent K2000 with its warm cosy cabins and a great view of the sea. I’m roommates with a young lad called Leonard Crow. He is a nice gentleman with good manners even though he is 18 years old. I am excited but nervous about going to Gallipoli, but I’m sure it will wash over when I get there.
Katie Mae 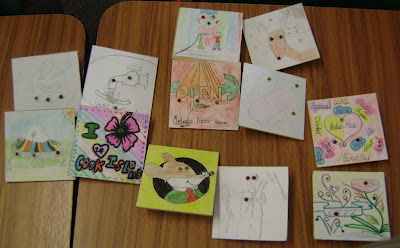 
Puna Vaiora
Tokoroa High School and teacher Miss Teokotai Tarai (Rico’s mum) recently won a big competition. They came to our school on 15th of June and did a performance for us. The costumes were brilliant and really colorful. They had a lot of different performances to show us.
Miss Teokotai Tarai did lots of things like asking one boy from each class to come up and do one of the dances with two of the boys from the group and Rico  from our class went up, Emmy went up for the girls. They are a very talented group.
By Sarah Livingston.

Zumba and learning our school haka

Zumba
The past few weeks Rooms 9, 10 and 12 were luckily enough to learn some Zumba with Mandy McCabe. She came in and took us for 3 lessons. We got a really good work out and some of the moves were really hard. Even Di joined in and she was Mandy’s assistant.
Zumba is a Colombian dance fitness program created by dancer and choreographer Alberto "Beto" Perez during the 1990s.
Zumba involves dance and aerobic elements. Zumba's choreography incorporates hip-hop, soca, samba, salsa, merengue, mambo, martial arts, and some Bollywood and belly dance moves. Squats and lunges are also included.
By Sarah Livingston.

This term Mr Thompson has been teaching us the school haka and what it means. We have also learnt the actions for the haka. We have started to learn the second part but and we hope to have it finished and ready to perform soon.
Thomas Bates 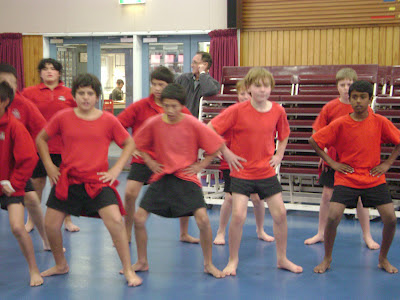 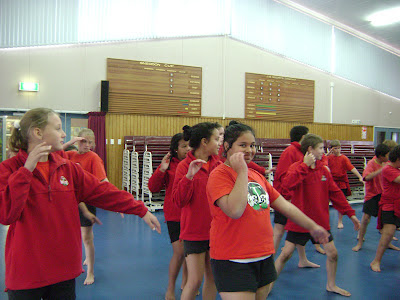 On the 12th of June, the cooking group had their pancake test.
The week before we were told to write down a list of all the ingredients needed for each group, our budget was $3.00 for two servings. Mrs Duffin gave us a choice to choose from a pancake, crepe, pikelet or hotcakes. The common one was crepes.
When it came to the day most of us were excited as we walked through the kitchen. Mrs Duffin was explaining to us all the rules and how good the presentation has to be and the time we had.  We started as soon as Mrs Duffin finished talking. All the groups gathered the equipment needed including their ingredients to start making the batter. Most of us had one person cooking the batter and the other making the filings and toppings. Mrs Duffin sent Te Reti to bring Mrs Puke to come along and see our presentation, she came around recording us about how we made it how good our team effort was. It felt like we were getting interviewed.
In the end then we got a mark out of ten then we ate them.
Angel and Porché 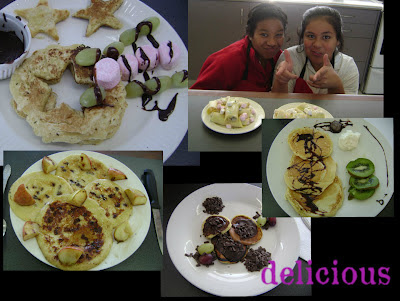 A group are also attending ICT with Mr Knapman   - more about what they are making next week , but here's some clues ... 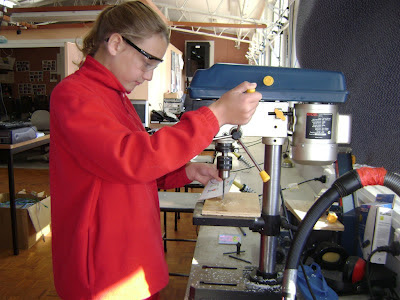 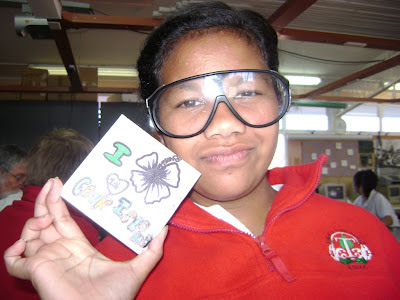 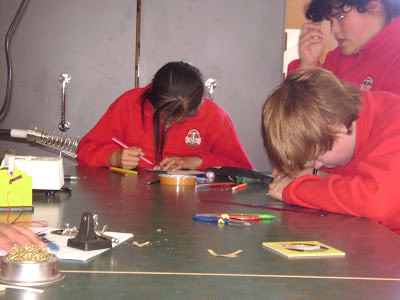 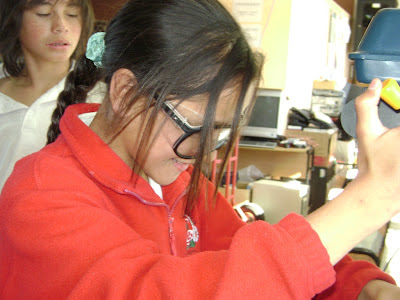 Meanwhile B Group have been attending Materials and learning more about using different tools. These are some finished 'remote holders'. 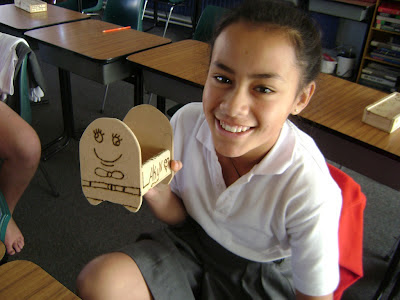 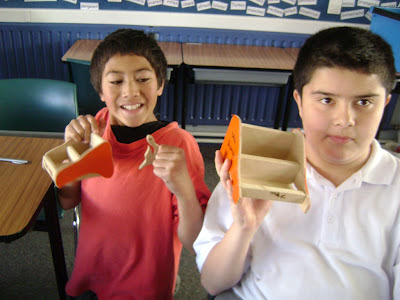 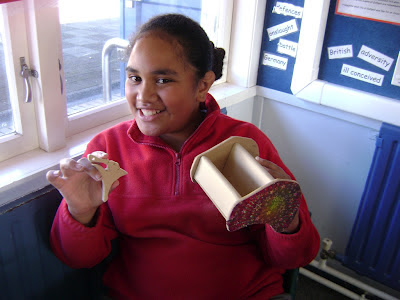 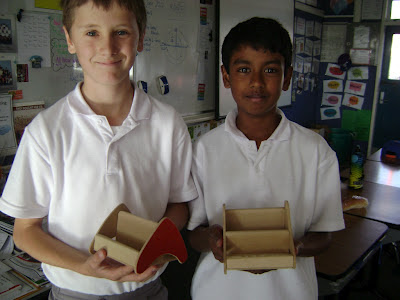 Great biscuits and we won the Year 7 Touch!


Another lot of home baking again this week, thanks to Michael and Timothy...