Because it's almost Easter...

Personalize funny videos and birthday eCards at JibJab!
Term 1 has ended, Week 11 was a busy one, we had to finish our written 'characterisations' and complete a Wordle using words from our writing that described ourselves. Mrs Puke is pretty pleased with the finished results.

﻿﻿
On Thursday we went to the Waiouru Army Musem to learn  about the Anzacs and Gallipoli. We had a tour of the musem and found out what it was like to be a wounded person, a  medic or a stretcher bearer.We played in the tussocks and climbed on the guns outside at lunch time then on our way home we stopped at the AC Baths. We now know that  AC stands for Armed Constabulary. (not air conditioned !)

The hydroslide was everyones favourite!

.Survival Island ﻿was won by Jomicosh Island they lead all the
way through the game- they had good ideas and more importantly co-operated. Rowie Island came last - they didn't even come up with how they were rescued so we think they ' died ' on  their island.They got a coconut to share !

Room 10 won the 2nd round of Year 7 Ultimate Frisbee- it was good to have Shaneya and Kowhai there for the finals this round.
Posted by Room 10 Tokoroa Intermediate School No comments:

Over the past few weeks we have learnt how to write a Japanese Haiku and played the Survival Island game.
We had to play Survival Island in randomly chosen groups and we had to work together co-operatively to ' survive' for 5 days. Points were given each day for how we solved our problems and for our map and log book. Our last task was to create a newspaper article about our 'rescue and return to New Zealand'. The winning Island will be announced next week. 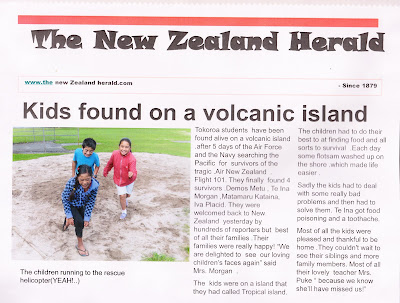 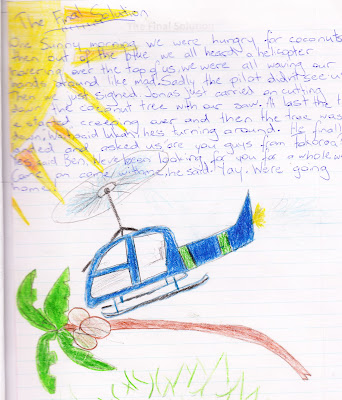 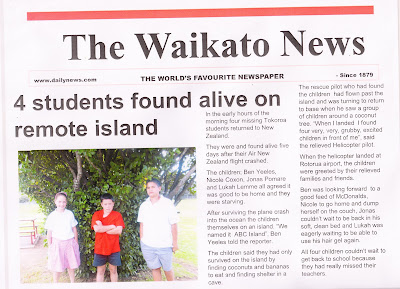 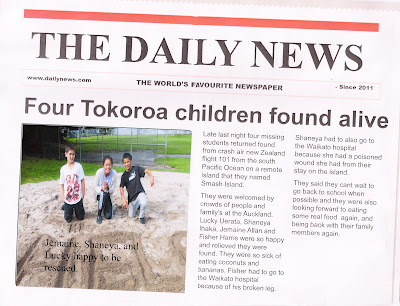 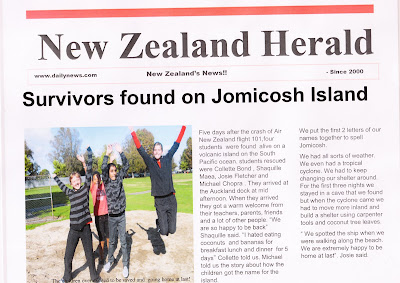 We learnt that a Haiku has 17 syllables, we wrote some about the Japanese Tsunami and Christchurch earthquake. 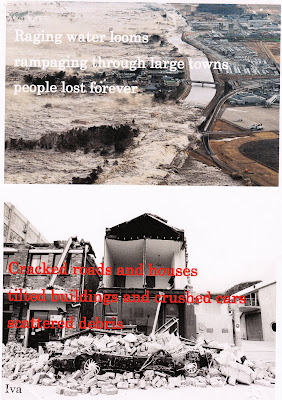 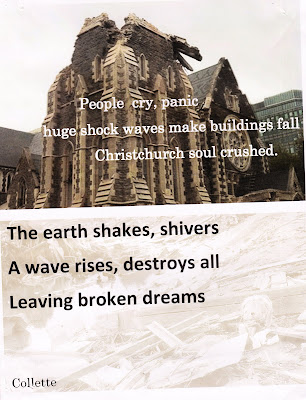 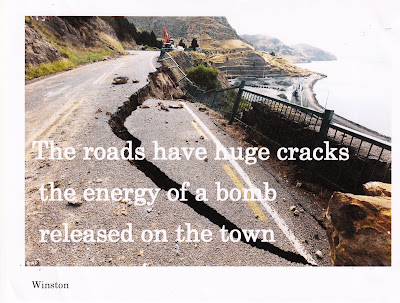 Brayden and Jack have been bringing their Bey Blades, they were spinning them in class one lunch time and Mr Noke said his old fashioned wooden spinning top could spin for longer. They had a challenge- best of 3. Mr Nokes top won 2 out of 3 !!! 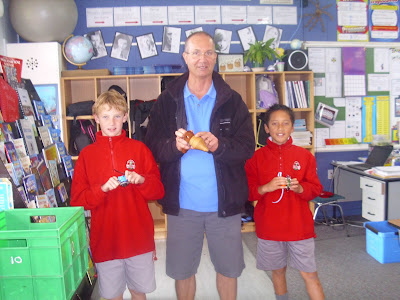 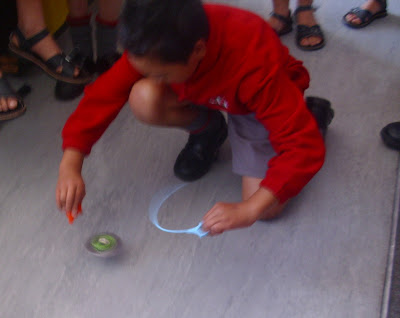 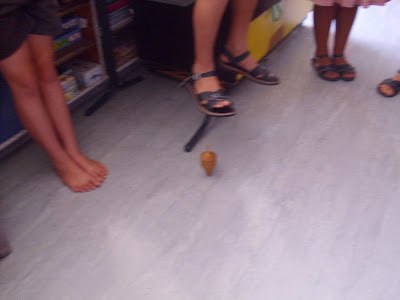