The school Athletic Sports Day was held last Thursday, and everyone in the class took part.   When it was all over quite a few Room 10's had placed in events: 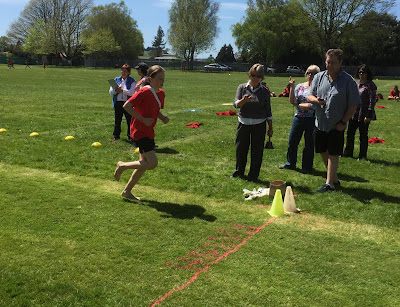 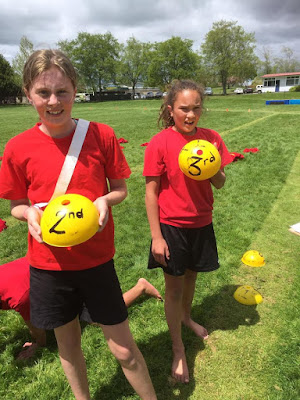 Lucy and Jadene our distance runners 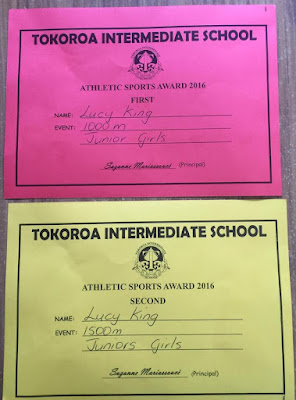 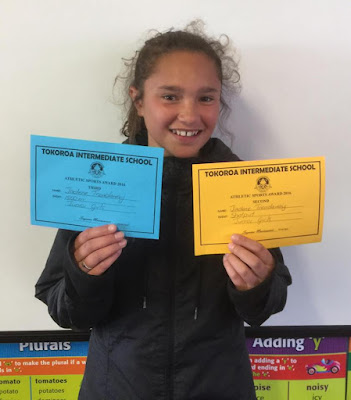 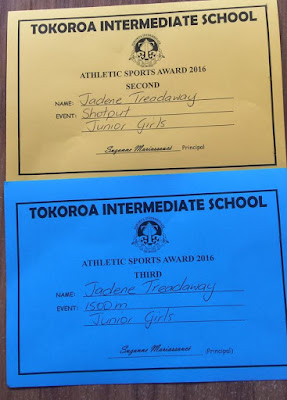 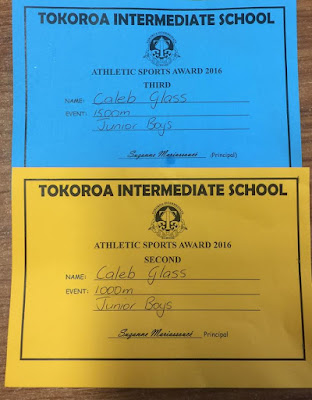 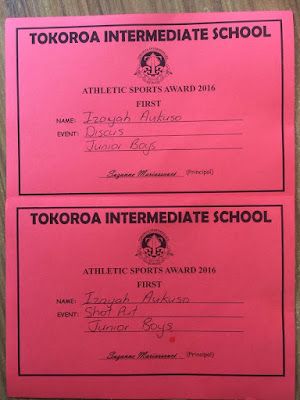 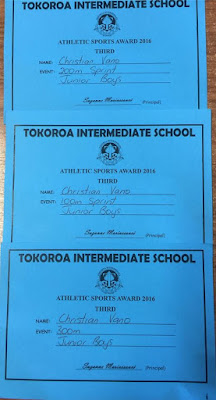 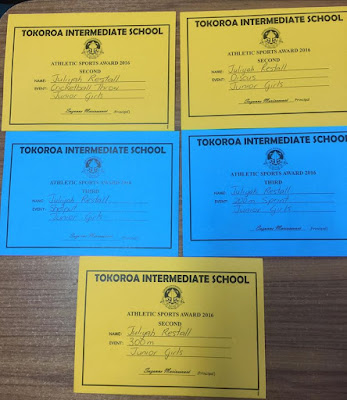 and after it was all over the Syndicate ran relays for our "Syndicate Relay Cup" - and the good news ... it's back in Room 10! 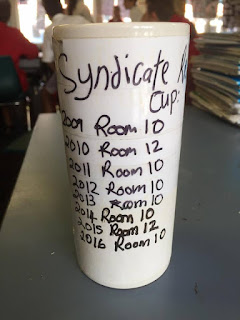 The focus for the first few weeks of term has been on preparing a speech,this was done using the 'hamburger' format. A good introduction and conclusion and lots of good information in the middle. 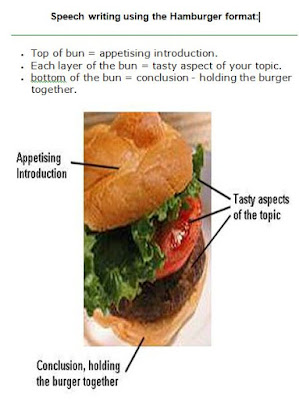 After speeches were written and put onto cue cards, they were practised.
Names were drawn to dtermine the order speeches were to be delivered to the class, these were filmed and later used to self assess.
Peer assessments were done and these focussed on not only content but also volume, clarity, expression and eye contact.  The three top speeches were then selected to go through to the Syndicate finals later this week. Good luck Lucy, Caleb and Mya: